Audio Description (AD) project serves to provide service for selected RTHK television programmes on its digital terrestrial television (DTT) channel, which would render them more accessible to the visually impaired people by providing an audio description of the visual image on the screen during the gaps between dialogues.

Service Descriptions
AD renders TV services more accessible to the visually impaired people by providing an explanation as to what is happening on the screen during the gaps between dialogues, thereby making them easier to follow the programme.

Audio descriptions of changes of location, actions, facial expressions, gestures and so on give context and set the scene. They are fitted between dialogues and/or commentary to maintain the flow of the programme.

Since 2009, Hong Kong Society for the Blind has been promoting AD through organising screenings at cinemas with AD facilities.  DVDs of some well-known movies were also released with AD sound track.

RTHK, as Hong Kong’s public service broadcaster, bears the mission of providing to Hong Kong people professional and high-quality radio, television and new media services.  Extending such services to the visually impaired community through the adoption of state-of-the-art technology allows RTHK to further its audience reach in Hong Kong and facilitate the building of a more inclusive and caring society. 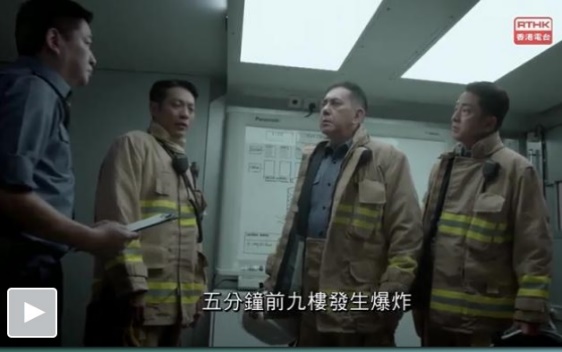 AD is especially useful in certain drama programmes which may occasionally contain scenes with actions but not dialogue.  Providing AD for RTHK’s TV programmes would benefit all visually impaired/difficult people in Hong Kong, who would be able to enjoy such programmes from the comfort of their own homes.  This initiative goes one step further as it will permit them to enjoy the programmes accompanied by their family members, who can listen to the standard sound track.

Technologies to be Adopted
The AD is recorded on a separate sound track and streamed in real time during the TV broadcast via the public internet through a content delivery network.  The visually impaired people can then access the AD through a customized mobile application on their mobile phones.  Synchronization between the AD sound track and the standard sound track in real time can be achieved using the following technologies:

(i) Achieved a consistent time delay for all households between the mobile phone reception of the AD sound track through internet streaming and TV signal transmit out from the TV broadcast centre. 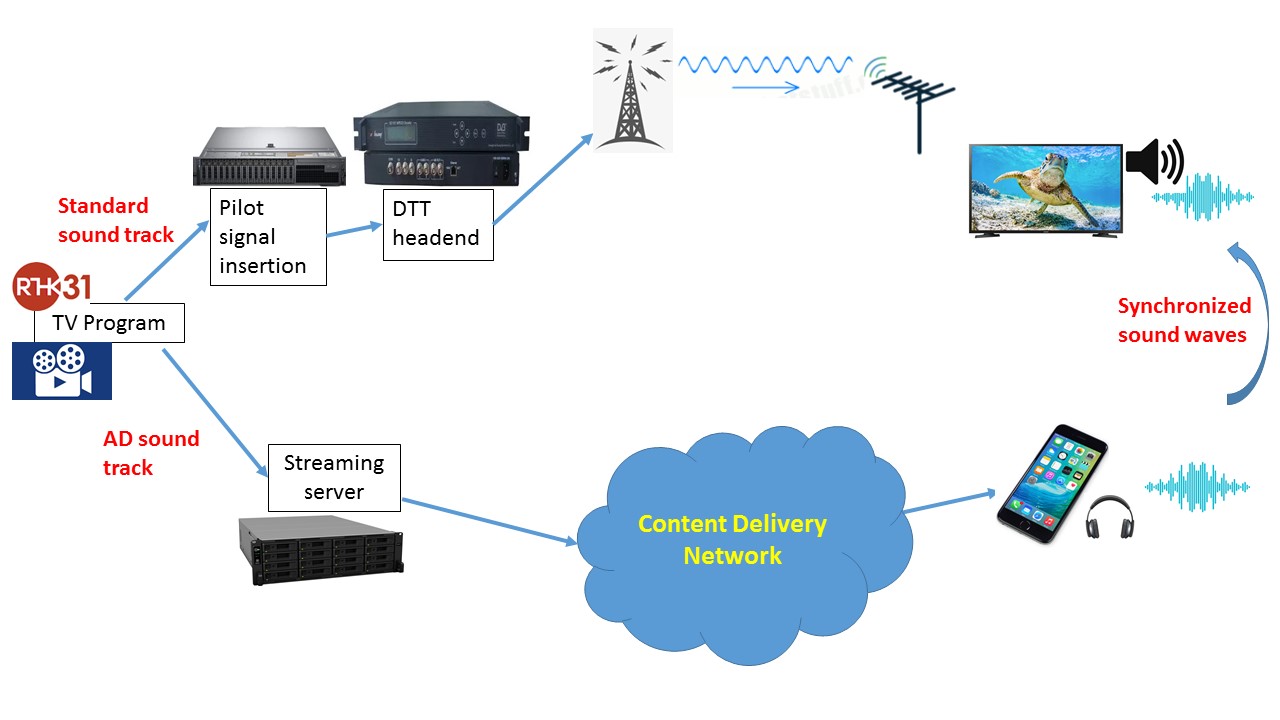 Implementation Plan
The project involves a combination of both direct purchase and customized development.  As the application of the above technology in AD for TV programme is entirely new to the industry, the market research and subsequent tendering exercise involved sophisticated processes, including comprehensive discussions with potential suppliers, demonstration and proof of concept sessions, evaluation of technical proposals as well as consideration of total cost of ownership among different solutions from various suppliers.

During the development phase, special focus has been placed on the technical trials and user trials for the prototype product, in order to ensure the developed solution fully fulfill the needs of our target user groups.  In fact there has been a number of modifications and fine tunings on the solution based on users’ feedbacks.

The project has entered into the final user trial stage and this service is expected to be launched in early 2021.